3D
Scan The World
1,373 views 80 downloads
Community Prints Add your picture
Be the first to share a picture of this printed object
0 comments

This bust dates back to about 1544, even though it was first created in an inventory of 1553. It is the first portrait of the Duke of Florence carried out by Bandinelli, who later become Cosimo's favourite portrait artist and the creator of the majority of great projects of that time. The Duke is depicted as a Roman emperor in an ancient armour with the Capricorn on his breast, a symbol that Cosimo had made his own. 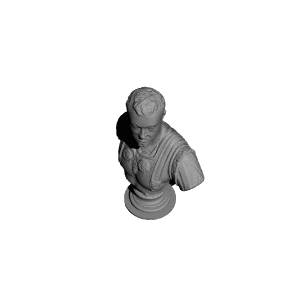