3D
Scan The World
1,453 views 89 downloads
Community Prints Add your picture
Be the first to share a picture of this printed object
0 comments

The Cretan Bull was a bull that appeared in the myth of the Labours of Heracles, as well as the myth of the Minotaur, in Greek mythology. It was the creature that Pasiphae fell in love with, and became impregnated by, eventually giving birth to the Minotaur.

During the Labours of Heracles, King Eurystheus sent Heracles to capture the Cretan Bull and bring it back. The hero went to Crete and acquired permission from King Minos, who was happy to get rid of the animal that had destroyed the crops of the region. Heraclesmanaged to capture the animal with his bare hands, and sent it back to Eurystheus. The king was so afraid of the animal that he hid inside a large jar upon seeing it. He later said to sacrifice it to Hera, but the goddess refused, thinking it would give further glory to Heracles. Instead, Eurystheus let it loose, which reached Marathon and acquired the name, Marathonian Bull.

Later, Theseus, son of the king of Athens Aegeus, set forth to capture the bull. He went to Marathon and indeed successfully caught it. He then returned to Athens where he sacrificed it to Athena or Apollo. 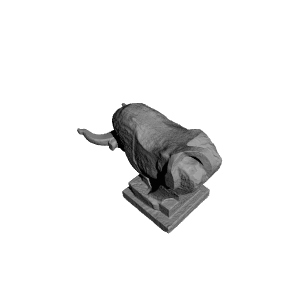