3D
Scan The World
5,168 views 223 downloads
1 collection
Community Prints Add your picture
Be the first to share a picture of this printed object
0 comments

The lions were placed at the foot of the Monument as guardians of the tomb. There were perhaps originally four, one at each corner. The style of the sculptures appears earlier than that of the Momument itself. They may be reused from some previous tomb decoration, or are perhaps contemporary with the Nereid Monument in southern Turkey, bet deliberately archaising. 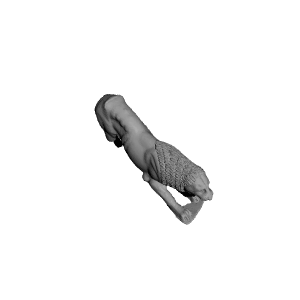 ×
1 collections where you can find Crouching Lion at The British Museum, London by Scan The World