3D
Featured Scan The World
3,685 views 291 downloads
5 collections
Community Prints Add your picture
Be the first to share a picture of this printed object
0 comments

Cupid triumphant (1897-1899), A804, carved by Rasmus Andersen after A22 under the supervision of Th. Stein., marble. Thorvaldsens Museum (Copenhagen, Denmark). Made with Memento Beta (now ReMake) from AutoDesk. 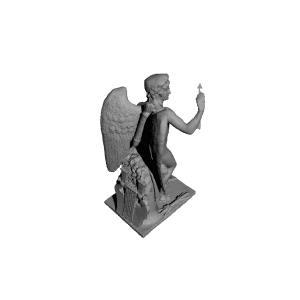 ×
5 collections where you can find Cupid triumphant by geoffrey.marchal