3D
3,481 views 171 downloads
Community Prints Add your picture
Be the first to share a picture of this printed object
0 comments

You're good enough, smart enough, and you deserve a damn trophy. Customize the text on this remix of tbuser's Beefy Trophy to make yourself a trophy for anything you like. Even if it's only a trophy that you give yourself for making it through the day, or a meta-award for designing and 3D printing a trophy.

Read on for a tutorial about how to take something from Thingiverse and use a python Blender add-on to export it into an OpenSCAD module that can be included in a Customizer design like this one. In other words, take anything on Thingiverse and add a customizable element to it!

Infinity thanks to the legendary atartanian for showing me how to do this. 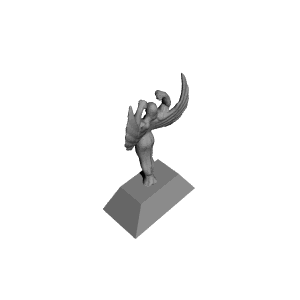