3D
Scan The World
1,994 views 68 downloads
Community Prints Add your picture
Be the first to share a picture of this printed object
0 comments

The dagger was discovered in tumulus No. 2, where a 10-centimetre coaly layer covered bone remains of a 9- or 10-year-old boy burnt in a special “crematorium”. In consistency with the necropolis funeral rites, the dagger was stuck into the floor of the bone chamber and covered with crane fragments left after cremation. The tomb doesn’t look too rich, given the number and composition of funerary gifts, but such highly prestigious object as a knife with carved finial indicates that the boy belonged to the upper class of Seima-Tubino society. In the social structure of the latter, the main roles were played by nomadic warriors and bronze casters, who possessed the most sophisticated technologies of the time. In the mid-2nd millennium BC, they made a huge forced march from Xinjiang in the east to the lower reach of the Dniester in the west, leaving only burial sites and memorial altars behind them. The hallmark of such altars were glorious bronze weapons: celts, hefty spearheads, daggers, etc.

An exclusive group of Seima-Turbino bronze includes “ceremonial” (“prestigious”, “lord status”) weapon—daggers with carved handles. The knife from Rostovka stands out even in this category, being known as the most exquisite and mysterious item. It consists of two separately cast parts: a single-edged blade and a handle crowned with an absolutely unique composition of a horse and a skier. The statuary is made by lost-wax casting and “soldered” to the blade with molten metal. A man with high Mongoloid cheekbones is standing on short skis, tied to a horse with a rein. The horse has a massive head, short legs and an erect mane, resembling those of extinct tarpans or still existing Przewalski’s horses.

The composition is interpreted based on two alternative hypotheses. One of them admits skiers really moved around by being pulled behind galloping horses back in the Bronze Age. However, the static figure of the horse doesn’t fit in this conception. Moreover, the skier seems to be rather holding back the horse he has just caught than following it, as judged by the specific angle of his body and the position of the skis. More preference is given to the version claiming the scene on the handle of the unique knife has a mythic or ritual nature. For instance, it could be a motive of a cultural hero catching a horse. The plot dates back to the era of horse domestication and has been variously preserved in myths of many peoples of the world. 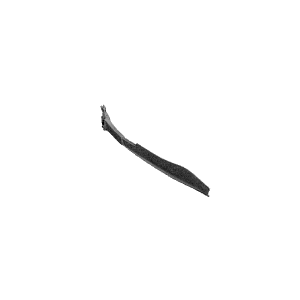