3D
Scan The World
4,837 views 82 downloads
1 collection
Community Prints Add your picture
Be the first to share a picture of this printed object
0 comments

Viorica Daniela Silivaș-Harper (Romanian pronunciation: [daniˈela siliˈvaʃ]; born May 9, 1972), best known as Daniela Silivaș, is a Romanian former gymnast who is most famous for winning six medals (three gold, two silver, and one bronze) in women's artistic gymnastics at the 1988 Olympic Games in Seoul, Korea. In her five-year tenure as a member of the Romanian senior national team, Silivaș earned six individual World Championships titles as well the 1987 European Championships all-around title. She was the only gymnast, male or female, to medal in every single event at the 1988 Summer Olympics, where she earned 7 perfect 10 scores. A popular gymnast, she was known for her technical excellence, effortless difficulty, charming performances and artistic flair. 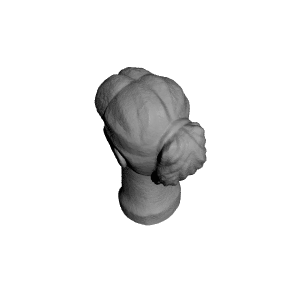 ×
1 collections where you can find Daniela Silivaș bust in Deva, Romania by apllana