3D
Scan The World
2,716 views 252 downloads
Community Prints Add your picture
Be the first to share a picture of this printed object
0 comments

Durante degli Alighieri was a major Italian poet of the late Middle Ages. His Divine Comedy, originally called Comedìa (modern Italian: Commedia) and later called Divina by Boccaccio, is widely considered the greatest literary work composed in the Italian language and a masterpiece of world literature. In Italy he is called il Sommo Poeta ("the Supreme Poet") and il Poeta. He, Petrarch, and Boccaccio are also called "the three fountains" and "the three crowns". Dante is also called "the Father of the Italian language". 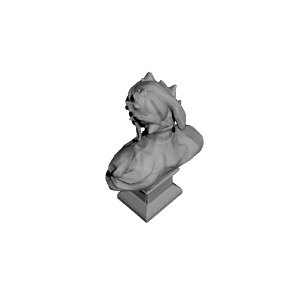 ×
0 collections where you can find Dante at the Palais des Beaux-Arts de Lille, Paris by Scan The World