3D
Featured Scan The World
6,438 views 340 downloads
3 collections
Community Prints Add your picture
Be the first to share a picture of this printed object
0 comments

Daphnis, Roman replica of a group from the late 2nd century BC, Italy, Marble. Musée du Cinquantenaire (Brussels, Belgium). Made with ReCap and ReMake from AutoDesk.

The statue was originally part of a group: the god Pan, seated all against the young shepherd Daphnis, teaches him to play Pan’s flute. This creation was attributed to Heliodorus of Rhodes. The head is modern. 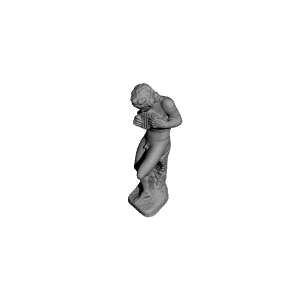 ×
3 collections where you can find Daphnis by geoffrey.marchal