3D
360°
Featured Scan The World
8,458 views 1,383 downloads
10 collections
Community Prints Add your picture
Be the first to share a picture of this printed object
0 comments

Antonin Mercié (1845-1916) worked on the biblical theme of the young David vanquishing the giant Goliath, representing the boy in a similar a juvenile, adrogynous and graceful adolescent manner to those depictions from the Florentine Renaissance. The soft body and strong contrapposto nod to Donatello's 1440s masterpiece).

The theme to commemorate the power of men after Belfort's heroic resistence to the Prussian invasions of 1870 is apparent in Mercié's work, who was commissioned by The Third Republic for public monuments to memorialize the glory of the French homeland. Such was the context of his 'Gloria Victis', presented at the Salon of 1874, or even his Quand Meme ('even so'), a model for a group erected in Belfort in 1884. 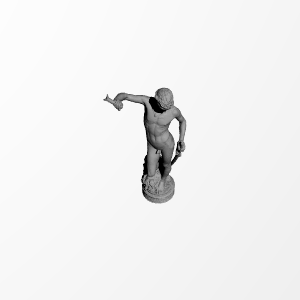 ×
10 collections where you can find David Vanquishing Goliath by Augustins