3D
360°
Scan The World
1,768 views 150 downloads
Community Prints Add your picture
Be the first to share a picture of this printed object
0 comments

This work by Italian artist Guido Mazzoni (Modena 1450 c. - 1518) depicts the head of the Dead Christ, a fragment which might have been part of an overall figure used in a group scene. Mazzoni produced various religious sculptural groups in his lifetime, most well known for his Adoration of the Shephers in Modena Cathedral, as well as his Compiantos (deposition and lamentation over the dead Christ), the latter of which this work might have been intended.

The work originates from Venice, the Chiesa di Sant'Antonio di Castello, given by the Fondazione Breda in 1907 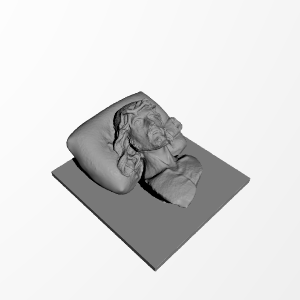