3D
16,837 views 1,876 downloads
21 collections
Community Prints Add your picture
Be the first to share a picture of this printed object
1 comments

Being a huge Deadpool fan I was over the moon when I found out a movie was being made about him! I've always found his costume, especially the intense characteristics of his face, really interesting. I decided to put a spin on the original mask by making an interactive model out of it! Using zBrush I built the head and spent time making sure that the features were as accurate as possible.

I wanted to highlight his ability to regenerate and mix it with how much action he gets into by including ninja stars cutting into his head! From here I decided to add more holes into the skull for you to put pens and pencils into, as if they are stabbing into him! 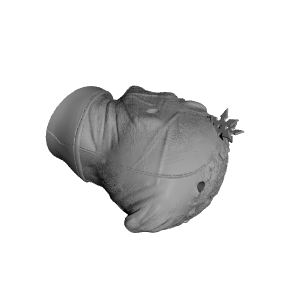