3D
Featured Scan The World
5,554 views 192 downloads
2 collections
Community Prints Add your picture
Be the first to share a picture of this printed object
1 comments

This death mask depicts William Burke, the accomplice of William Hare who are known for the murders they committed in Edinburgh in 1827 where they murdered at least 16 people. They delivered the bodies to Robert Knox's dissection room at Surgeons' Square in exchange ofr money. There was an unprecedented demand for bodies by the anatomy schools in Edinburgh at the start of the early 19th century. Burke and Hare capitalised on this until they were caught in November 1828. This death mask was made of Burke after his execution, the noose marks are clearly visible on his neck. 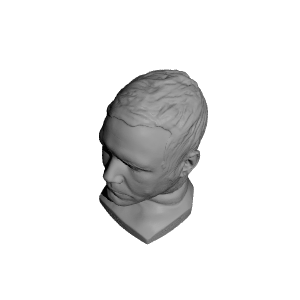