3D
4,494 views 80 downloads
Community Prints Add your picture
Be the first to share a picture of this printed object
3 comments

The Death Totem is a mystical object that allows the user to harness the power of the dead. It is currently owned by the Legends.

▪ Necromancy: The Totem allows the user to raise the spirits of the dead.

Telekinesis: Allows the user to move people or objects.

Levitation: Allows the user to levitate.

After printing the model i sand it, after that i applied two coats of primer, and sand it again. After that i used the davinci fet brushes and acrylic paint to paint the model. 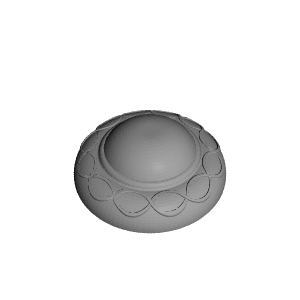