Decebalus (ruled 87-106) was the last king of Dacia. He is famous for fighting three wars, with varying success, against the Roman Empire under two emperors. After raiding across the Danube, he defeated a Roman invasion in the reign of Domitian, securing a period of independence during which Decebalus consolidated his rule.

When Trajan came to power, his armies invaded Dacia to weaken its threat to Roman border territory. Decebalus was defeated. He remained in power as a client king, but continued to assert his independence, leading to a final and overwhelming Roman invasion in 105. Trajan reduced the Dacian capital Sarmizegetusa in 106, absorbing Dacia into the Empire. Decebalus committed suicide to avoid capture.

Since the mid 19th century Decebalus has been portrayed as a national hero in Romania, the modern successor to ancient Dacia. There are several monuments depicting him. 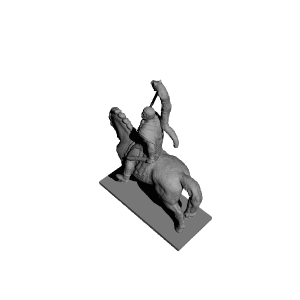