3D
Scan The World
2,116 views 59 downloads
1 collection
Community Prints Add your picture
Be the first to share a picture of this printed object
0 comments

When Constantine issued the Edict of Milan in 313, he changed Christianity. Indeed, it then went from a mysterious underground religion to the official religion of the great Roman Empire. Many churches and basilicas were built, and Christianity met the Greek and Roman cultures – therefore the architecture of Early Christian churches was transformed.

This fragment most probably comes from such a church, built in the 8th century. One may observe both Greek and Roman influences in the floral and geometrical figures, although they remain quite far from the true Classical works. 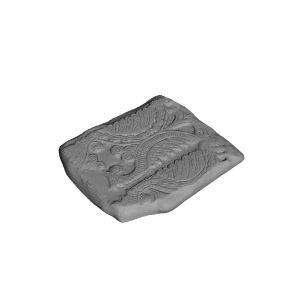