3D
Scan The World
1,499 views 66 downloads
1 collection
Community Prints Add your picture
Be the first to share a picture of this printed object
0 comments

In 1334, Giotto was appointed the capomaestro for the construction of the Campanile or bell tower adjacent to the Duomo. On his death in 1337, Giotto was succeeded in the position by the sculptor Andrea Pisano who was in the last stages of the completion of the first set of Baptistry Doors. At the base of the Campanile there is a remarkable set of 54 reliefs --26 hexagonal and 28 rhomboid. There is still debate amongst scholars as to whether Giotto was responsible for the design of the program of reliefs. Vasari attributes to Giotto two panels: "in one of which Apelles, standing for painting, is working with his brush, while in the other Phidias, representing sculpture, is laboring with his chisel." The consensus today is that these two panels on the north side of the Campanile, while possibly following an original design of Giotto, are the work of Andrea Pisano. 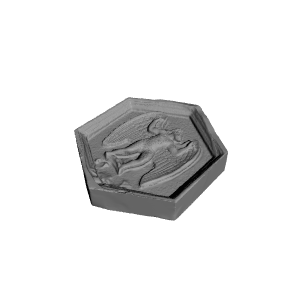 ×
1 collections where you can find Dedalus: the mechanical arts by Scan The World