3D
Scan The World
2,033 views 67 downloads
Community Prints Add your picture
Be the first to share a picture of this printed object
0 comments

This is a modern limestone abstract sculpture depicting seduction of Deianira by Nessus.

The central story about Deianira concerns the Tunic of Nessus. A wild centaur named Nessus attempted to kidnap or rape Deianira as he was ferrying her across the river Euenos, but she was rescued by Heracles, who shot the centaur with a poisoned arrow. As he lay dying, Nessus persuaded Deianira to take a sample of his blood, telling her that a portion of it mixed with olive oil would ensure that Heracles would never again be unfaithful.

Deianira believed his words and kept a little of the potion by her. Heracles fathered illegitimate children all across Greece and then fell in love with Iole. When Deianira thus feared that her husband would leave her forever, she smeared some of the blood on Heracles' famous lionskin shirt. Heracles' servant, Lichas, brought him the shirt and he put it on. The centaur's toxic blood burned Heracles terribly, and eventually, he threw himself into a funeral pyre. In despair, Deianira committed suicide by hanging herself or with a sword. 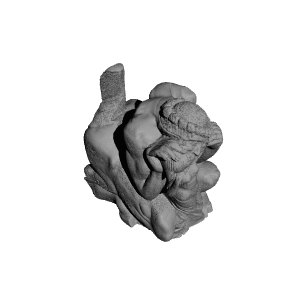