3D
Scan The World
3,298 views 138 downloads
Community Prints Add your picture
Be the first to share a picture of this printed object
0 comments

Deliu Petroiu (1922- 2008) was an esthete and art critic. In the last years of his career he worked at Timişoara. He could be heard in numerous exhibitions and book launches. On 17 September 2002 he was awarded the title of Honorary Citizen of the city of Timisoara.

Sculptor Aurel Gheorghe Ardelean worked for two months to make the bust. Over time, conceived more than 50 works, portraits and busts of the greatest personalities of Timisoara. "It's my endeavor to understand Deliu Petroiu beyond its physical aspects that are handy to understand the essence of the personality of the portrayed. That I wanted to represent, is the quintessential, understanding of the character in its complexity ", said Aurel Ardelean.

"Mr Deliu Petroiu was one of the greatest cultural figures of our city and has a well-deserved place on this path. We really enjoyed the day Timisoara to participate in this ceremony and success is uncovered bust of sculptor Aurel Gheorghe Ardelean. Mr Deliu Petroiu was a professor consummate critic particular, a writer, a personality multivalent who has influenced a generation of extremely long graduates of the Faculty of Letters of the University of the West Timisoara and on all artists who manifest in our city, "said Mayor Nicolae Robu.

Deliu Petroiu was a renowned professor, art critic, honorary member of the Writers Union of Romania, defining personality spiritual and cultural life of the capital artistiuce Banat. Born on 24 August 1922 in Nadlac, Arad County. He graduated from the Faculty of Letters and Philosophy of the University of Cluj-Napoca, where he was student of Lucian Blaga. Refugees in Sibiu, co-founded the famous "Sibiu Literary Circle." More than 4 decades lived and worked in Timisoara, devoting himself passionately academic study and synthesis. 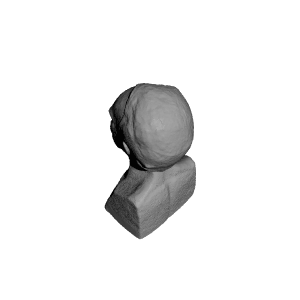