3D
6,798 views 605 downloads
Community Prints Add your picture
Be the first to share a picture of this printed object
0 comments

The Denver Broncos are a professional American football team based in Denver, Colorado. They are members of the West Division of the American Football Conference (AFC) in the National Football League (NFL). The Broncos began play in 1960 as a charter member of the American Football League (AFL) and joined the NFL as part of the merger in 1970. The Broncos are owned by the Pat Bowlen trust, and coached by John Fox. The Broncos have played at Sports Authority Field at Mile High since 2001, after previously playing at Mile High Stadium from 1960–2000. 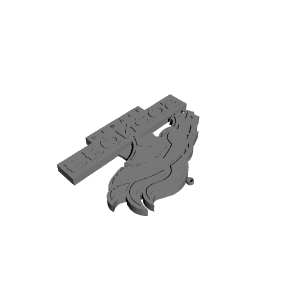 ×
0 collections where you can find Denver Broncos Logo by rozoom