Descent from the Cross

3D
360°
Featured Scan The World
3,465 views 563 downloads
4 collections
Community Prints Add your picture
Be the first to share a picture of this printed object
0 comments

Descent from the Cross

This large plaster cast was copied from an original white marble bas-relief inside the portico of the Duomo di San Martino in Lucca, Italy. The sculpture depicts the "Deposition from the Cross" and was sculpted by a follower of Nicola Pisano in the late 13th, early 14th Century.

The work is one of several masterful artworks that grace the facade of the Lucca Cathedral, below it is another sculpture by Pisano depicting the Annunciation, Nativity and Adoration of the Magi. 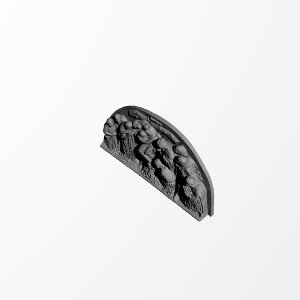