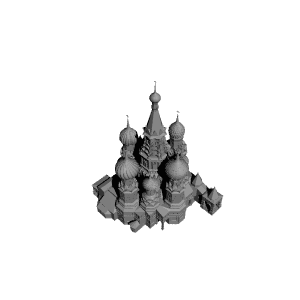 ×
5 collections where you can find SAINT BASIL CATHEDRAL by www.sharai.eu
×
Andrew Wu
@andrewwu
2
Printed on: Other
Material: PLA
Posted at: 08th October 2017