3D
Scan The World
1,870 views 123 downloads
1 collection
Community Prints Add your picture
Be the first to share a picture of this printed object
0 comments

Rubber ballgames have been played in this kind of area by indigenous people throughout Mesoamerica since the second millennium B.C. and probably spawned the development of modern games using bouncing balls, such as soccer. Eyewitness accounts at the time of the Spanish Conquest and native writings from the 16th century are the only written explanations we have to give us an understanding of how the game may have been played in ancient times. Judging from the form of the courts, each site seems to have had its own rules and preferences.

In general, the game was played in an I-shaped alley between two sloping benches with a solid rubber ball weighing around 8 pounds. The contest was of a gladiatorial nature, with the loser being sacrificed in particularly important games. Maya creation myths include a story about twins who descended to the under-world and defeated the Lords of Xibalba ("the place of fright"). A ballgame is one of the several ways they were tested against the forces of death, disease, darkness and famine. The sun's impostor, Vucub-Caquix (Seven Macaw) is defeated by the twins as part of their adventures at the beginning of time. The screeching macaws landing around the Copan ballcourt facade may be depictions of this mythical creature. 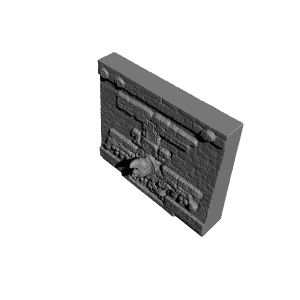