3D
Scan The World
1,752 views 53 downloads
Community Prints Add your picture
Be the first to share a picture of this printed object
0 comments

The myth of Diana and Actaeon can be found within Ovid’s Metamorphoses. The tale recounts the unfortunate fate of a young hunter named Actaeon, who was a grandson of Cadmus, and his encounter with chaste Artemis, known to the Romans as Diana, goddess of the hunt. The latter is nude and enjoying a bath in a spring with help from her escort of nymphs when the mortal man unwittingly stumbles upon the scene. The nymphs scream in surprise and attempt to cover Diana, who, in a fit of embarrassed fury, splashes water upon Actaeon. He is transformed into a deer with a dappled hide and long antlers, robbed of his ability to speak, and thereafter promptly flees in fear. It is not long, however, before his own hounds track him down and kill him, failing to recognize their master. 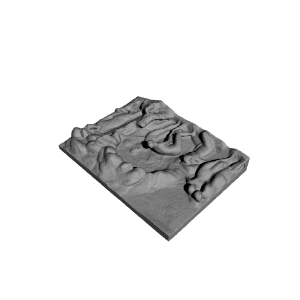