3D
Scan The World
1,212 views 221 downloads
1 collection
Community Prints Add your picture
Be the first to share a picture of this printed object
0 comments

This statue probably represents Diomedes, a Greek hero from the Trojan War. The episode comes from Book X of the Iliad by the Greek poet Homer: during the siede of Troy, Diomedes and Ulysses steal the Palladion -an image of the goddess Athena, who was also referred to as Pallas- believed to have magical powers to protect the city. 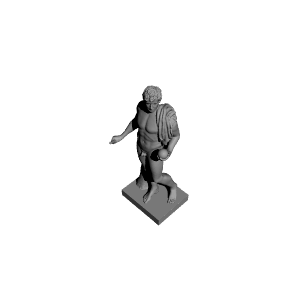