Dionysos and Pan and a panther

Dionysos and Pan and a panther

In Greek religion and mythology, Dionysus is the god of the grape harvest, winemaking and wine, of ritual madness, fertility, theatre and religious ecstasy in Greek mythology. Also known as Bacchus, the name adopted by the Romans. Wine played an important role in Greek culture with the cult of Dionysus the main religious focus for unrestrained consumption. Pan is the god of the wild, shepherds and flocks, nature of mountain wilds and rustic music, and companion of the nymphs.His name originates within the Ancient Greek language, from the word paein, meaning “to pasture”; the modern word “panic” is derived from the name. He has the hindquarters, legs, and horns of a goat, in the same manner as a faun or satyr. 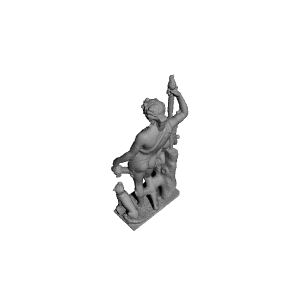 ×
5 collections where you can find Dionysos and Pan and a panther by geoffrey.marchal
×
Rainer Fuchs
@mix579
0
Printed on: PlusBot 3D Printer Kit
Material: PLA
Posted at: 02nd November 2019