Dionysos at The British Museum, London

3D
Scan The World
2,734 views 130 downloads
Community Prints Add your picture
Be the first to share a picture of this printed object
0 comments

Dionysos at The British Museum, London

This marble sculpture shows the wine god Dionysos crowned with a vine-wreath and holding a bunch of grapes.

As first shown as an older, bearded god, Dionysos became over time a young and sensuous male. His almost feminine eroticism is emphasised by his slipping garment, and is comparable to that of the Apollo from Cyrene (also from the British Museum, uploaded on MyMiniFactory!). It is in striking contrast to the athletic physiques and confident stances of the athletes created at that time. This sculpture was found in the Temple of Dionysos at Cyrene (Libya), and may in fact have been the cult statue and thus the focus of worship there. It is likely to be a Roman adaption of an existing type, rather than a direct copy of a Greek Original. The sculpture is Roman, made in the 2nd Century AD. 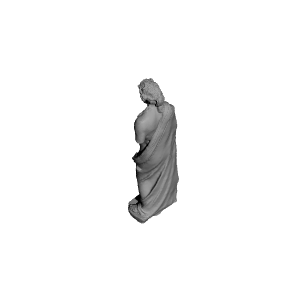 ×
0 collections where you can find Dionysos at The British Museum, London by Scan The World