3D
360°
Featured Scan The World
4,056 views 398 downloads
7 collections
Community Prints Add your picture
Be the first to share a picture of this printed object
0 comments

In the West frieze (right side) several gods of nature and mythological beings are gathered. On this panel Dionysus, accomaanied by two young satyrs, joins the struggle. At his side is his mother Semele, leading a lion into battle (not pictured). 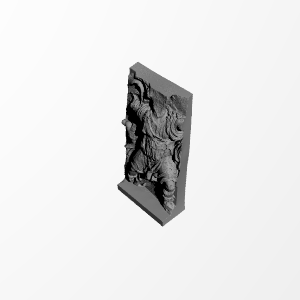