3D
360°
Scan The World
1,192 views 114 downloads
Community Prints Add your picture
Be the first to share a picture of this printed object
0 comments

Domitian (51–96 AD) was Roman emperor from 81 to 96. He was the younger brother of Titus and the son of Vespasian, his two predecessors on the throne, and the last member of the Flavian dynasty. During his reign, the authoritarian nature of his rule put him at sharp odds with the senate, whose powers he drastically decreased.

He is portrayed here set in a modern bust by Guglielmo della Porta, an Italian architect and sculptor. 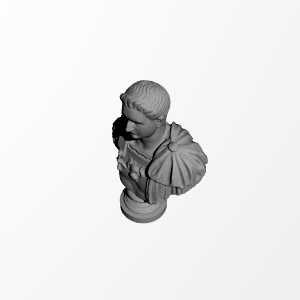 ×
0 collections where you can find Domitian by Scan The World