3D
Scan The World
1,457 views 39 downloads
Community Prints Add your picture
Be the first to share a picture of this printed object
0 comments

This limestone head probably represents the goddess Astarte. Some of the ivory inlay remains in the eyes, while holes on the collar were probably for inlaid decorations.

Four such heads were discovered together in 1968, and a fifth in 2011. They have holes on the top and bottom and were probably set as a balustrade in the window of an Ammonite temple, to give a chance to devotees praying outside to one face, while priests in the holy interior could see the other. 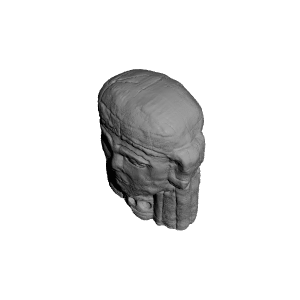