Double Herm of Herodotus and Thucydides

3D
360°
Scan The World
2,165 views 153 downloads
Community Prints Add your picture
Be the first to share a picture of this printed object
0 comments

Double Herm of Herodotus and Thucydides

Both were writing in the fifth century BCE; this herm is a Roman version of a Greek original 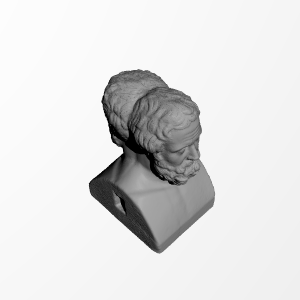