3D
Scan The World
4,629 views 200 downloads
2 collections
Community Prints Add your picture
Be the first to share a picture of this printed object
0 comments

Both were writing in the fifth century BCE; this herm is a Roman version of a Greek original. 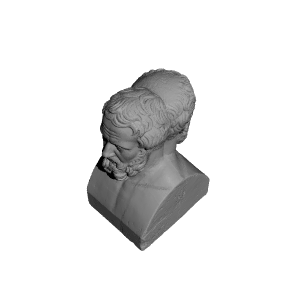 ×
2 collections where you can find Double Herm with Thucydides and Herodotus at the Institut für Klassische Archäologie, Vienna by Threedscans