3D
Scan The World
1,634 views 48 downloads
Community Prints Add your picture
Be the first to share a picture of this printed object
0 comments

This monument is a burial stele with relief half-length portraits. Such images were usually placed in the burial vaults of noble families. It would seem to show two brothers, so great is the likeness between them. Both have rough, broad-boned faces with small eyes beneath thick eyebrows, and thick, firmly closed lips. The expression on the faces is passionless, and the sculptor concentrates all his attention on the external likeness. The elder brother is shown unshaven - for the Romans this was a sign that he was in mourning. He is also more severe and expressive. The figures are carved in high relief on a stele of limestone, and the very material may have contributed to the generalization of form and graphic working up of details. The origin of the Roman sculptural portrait should probably be sought in the cult of ancestors and in the early habit of placing images of the dead not only in burial vaults themselves but also in special cupboards or niches in a special room known as an atrium. In the houses of noble families one might find whole portrait galleries which served as a reminder of the family's ancient lineage. Virtuous figures who made famous both their family and state were also set up to be emulated by their descendants. The Roman tendency to create accurate portrait likenesses came to be known as Verism and this tradition is reflected in the Hermitage portrait of two brothers, a marvellous monument of the late Republican or early Empire period. 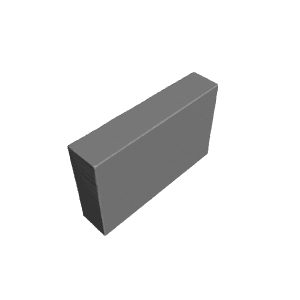 ×
0 collections where you can find Double portrait of two brothers at The State Hermitage Museum, St Petersburg by Scan The World