This object was made in Tinkercad. https://www.tinkercad.com/things/gegqwN7pZQz

Dough-not-your-snack was an experiment at a local doughnut shop. HE WAS AN EXPERIMENT GONE WRONG. He eats customers... oh wait sorry no... he eats the customers FOOD. He later meets a Military experiment named Be-Bo-Bot. They became friends and eventually best friends. They were so happy but one day they decided they were going to do what Dough-not-your-snack liked to do best - Eat People’s FOOD. So they went down to the local donut shop and ate everything. The donuts and the munchkins were eaten. The bagels - GONE.  The crassonts ALSO GONE.  It was such a tragedy. But then one of the customers got smart. He decided to eat the donut. So he caught the donut and ate the donut. I was not as good as he thought it would be. It had the chipotle taste but also had the double sausage flavor so it was sort of gross but the world was saved. 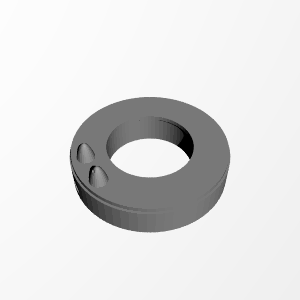 ×
0 collections where you can find DoughNut by Val1