This object was made in Tinkercad. https://www.tinkercad.com/things/6mLCTkhM0h0

His Story: One day, Dr. Dewy was on his way to the store to buy his favorite candy (Wapperballs). Wapperballs were the only food he would eat. (He was a very picky eater.) Dr. Dewy was on his way to the store Wickybadink. The store that sold everything in the world. Winckybadink was the only one of its kind. There was no other   anywhere in the world. The store was near his house in the town Wizzlebak. So, Dr. Dewy walked into the door of the best store in the world to buy his candy when he saw the most amazing sight out of the corner of his eyes. A Fire Racer 100! It was the best, fastest, coolest, and most expensive sled in the history of sleds. It sent you riding 18,000 miles per second. Which meant that there would be fire on the sides of the sled if you rode it at that speed. Dr. Dewy couldn’t resist not buying the Fire Racer 100. So, he bought it! It was 1,100,900 shoes. He had to buy that many individual shoes to be able to leave the store with the sled of all sleds. One week later… Dr. Dewy was walking in town when he saw a flyer for a sled racing competition in two days. “Oh! That’s a great chance to ride my new sled!” He exclaimed. So, he went to the competition after waiting one week and over 100 creatures were there. Three of the creatures that Dr. Dewy didn’t know came up to him and said, “You will never win. You are way to small and don’t have any experience riding. Just because you have the fastest sled doesn’t mean that you will win.” They walked away after laughing at him. Dr. Dewy would prove them wrong. They boarded their sleds. The announcers started to count down. “Ten, nine, eight...three, two, one! GO!” All of the creatures sped past the starting line and were off. At first, Dr. Dewy was struggling to start off riding. Then, he rode at a speed of 16,000 miles per second. He was winning! After ten minutes had passed every other sledder, Dr. Dewy was at the finish line and he won! His prize was another Fire Racer but this time it was a Fire Racer 200 that said, “Sled Race Champion” on it! Dr. Dewy would go down in history for winning the biggest sled racing championship in the world!

His Personality: Dr. Dewy’s personality is very interesting. As you know, he loves the candy Wapperballs and his Fire Racer 100 and 200. He was born as a single cylinder but as he got older and ate more Wapperballs he expanded into more cylinders. (Wapperballs make you expand quicker than normal.) He loves the color purple and he has many creature friends including Lenny the Lizard, Butterfly Bella, and Thunderdood. His favorite hobby is riding his sleds. Many creatures underestimate Dr. Dewy because of his size, but you would be surprised at how brave he is. He lives in a town called Wizzlebak with his nephew, Jeffery. Dr. Dewy is an extremely talented, kind, and caring creature. He likes to think of himself as a human. He feels that being bigger is better. Dr. Dewy is an amazingly awesome “person” and you are lucky to meet him. 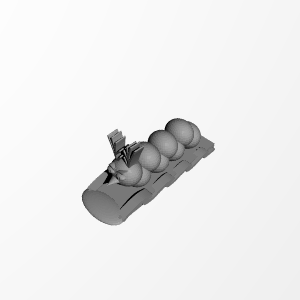 ×
0 collections where you can find Dr. Dewey by Val1