3D
Scan The World
1,533 views 53 downloads
Community Prints Add your picture
Be the first to share a picture of this printed object
0 comments

Wiedermann (1805-1887), who was a member of the St. Petersburg Academy of Sciences, was an Estonian linguist of German-Swedish ancestry, who had a great influence on the development of the written Estonian language. Working in the field of Finno-Ugric languages and history, he directed great attention to the phraseology of the Estonian vernacular and the vocabulary of Estonian dialects. His Grammatik der Estonian Sprache... (1869) contains the largest body of Estonian from that time. 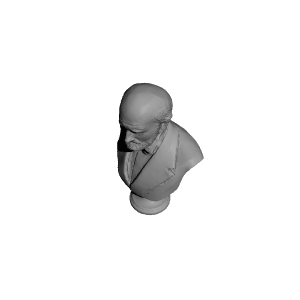 ×
0 collections where you can find Dr. Ferdinand Johann Wiedemann by Scan The World