3D
Scan The World
1,880 views 89 downloads
1 collection
Community Prints Add your picture
Be the first to share a picture of this printed object
0 comments

F. R. Kreutzwald (1803-1882) was an Estonian writer and doctor. After graduation from the Universty of Tartu in 1833, he worked as a doctor in Vöru. In addition to his principal occupation, Kreutwald wrote works to enlighten the people and edited the Useful Calendar for Peasants. Editions of stories about Reinuvader Fox and the Schildbürgers that he translated have become beloved children's books. His main work, the national epic Kalevipoeg, which is based on themes from folk poetry, became the cornerstone of Estonia's national literature.

Kreutzwald's work greatly influenced the intellectual life of the entire period of National Awakening. The life and work of Friedrich Reinhold Kreutzwald is commemorated by his house museum in Vöru. 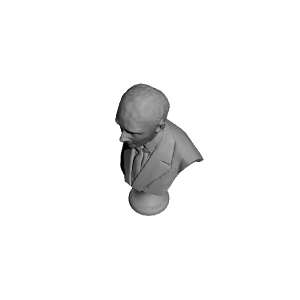 ×
1 collections where you can find Dr. Friedrich Reinhold Kreutzwald by Scan The World