3D
Scan The World
3,379 views 94 downloads
Community Prints Add your picture
Be the first to share a picture of this printed object
0 comments

Ibrahim Starova (1865–1939), better known as Ibrahim Temo, was an Ottoman Albanian politician, revolutionary, intellectual, and a medical doctor by profession.

Temo was born Ibrahim Ethem Sojliu in Struga, then in the Ottoman Empire. He joined Mehmed Reshid and fellow doctor Abdullah Cevdetin forming a progressive secret society (and later political party), theCommittee of Union and Progress (CUP), originally devoted to overthrowing the absolute rule of Ottoman sultan Abdul Hamid II.This was successful; in the Young Turk Revolution in 1908, the CUP (and its informal arm, the Young Turks) forced Abdul Hamid II to restore constitutional monarchy in the Ottoman Empire, starting theSecond Constitutional Era.

Temo was also one of the founders of the Society for the Publication of Albanian Writings. He died in Medgidia in Romania in 1939.

A high school in Struga is named after Temo.

Quite difficult printing, supports also have to go away from the objects as well as from the building plate. I recommend turning it into a different position (face up 60 - 90 degrees) to save support material. 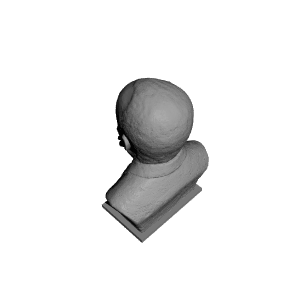