3D
Featured Scan The World
2,972 views 120 downloads
Community Prints Add your picture
Be the first to share a picture of this printed object
0 comments

Dr Robert Knox (1793 – 1862) was a Scottish surgeon thought to be the third member of the Burke and Hare murders. Dr. Knox brought the bodies for dissection, and whilst Burke claimed in his confession that Dr. Knox knew nothing about where the bodies were from, it was said that in class one of the bodies was recognized by students as a local. Dr Knox claimed they were wrong but immediately started to dissect the face first.

Although he was heavily implicated in the Burke and Hare scandal, Dr. Knox never gave evidence during Burke's trial and refused to make any public statement afterwards. 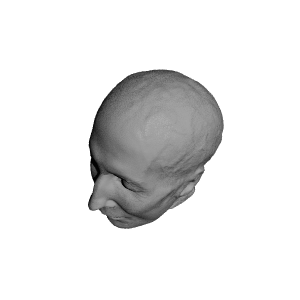 ×
0 collections where you can find Dr Robert Knox, death cast by AnatomicalMuseum