3D
Support Free Scan The World
4,360 views 228 downloads
3 collections
Community Prints Add your picture
Be the first to share a picture of this printed object
0 comments

This carving shows a man and a mythical beast engaging in combat. The man, wearing a short tunic, stands astride the dragon's tail, grips its neck and thrusts a spear into its breast. This is likely to be an allegory of the human struggle against evil. The carving was found in the monestary of Bury St. Edmunds, Suffolk, where it may have been part of a doorway. 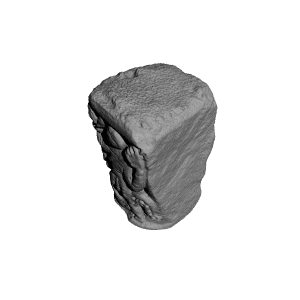 ×
3 collections where you can find Dragon slayer capital at The British Museum, London by Scan The World