3D
10,070 views 618 downloads
1 collection
Community Prints Add your picture
Be the first to share a picture of this printed object
0 comments

League Of Legends - Dragonslayer Vayne Not all shadows are to be feared. At least, if Vayne has her way.

The world is not always as civilized as people might think. There are still those who would follow the blackest paths of magic and become corrupted by the darker powers that flow through Runeterra. Shauna Vayne knows this fact well. As a young privileged girl in the heart of Demacia's elite, her father tried to convince her of the constabulary's ever-vigilant eye. Young and naive, she truly believed that her world was one of perfect safety, until one night, when a twisted witch took interest in her father. The malevolent woman overcame her father's conciliar guard, then tortured her family before murdering them. The young Shauna escaped only by hiding herself and then fleeing once the hag had departed, plagued by the screams of her loved ones as she ran. A burning hatred was born in her that day, one that could never be denied. 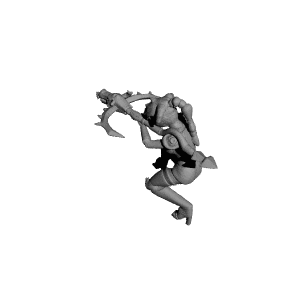