3D
Scan The World
2,469 views 127 downloads
Community Prints Add your picture
Be the first to share a picture of this printed object
0 comments

Draped Reclining Woman is one of a number of large-scale sculptures by Moore of women wearing drapery that date from the 1950s. The influence of classical Greek art on Moore’s work at this time is demonstrated by the form and pose of the figure, which has been interpreted variously as a representation of the universal ‘earth mother’, and as a monument to the civil aspirations and social reforms of the post-war period. 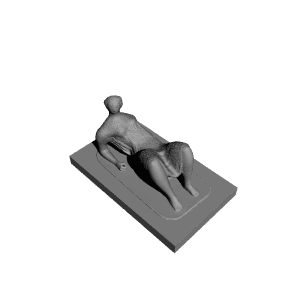 ×
0 collections where you can find Draped Reclining Woman by 3DLirious