Drunken Dionysus between Satyrs and Maenads

3D
360°
Scan The World
1,918 views 135 downloads
1 collection
Community Prints Add your picture
Be the first to share a picture of this printed object
0 comments

Drunken Dionysus between Satyrs and Maenads

This is an ancient marble relief of drunken Dionysus surrounded by Satyrs and Maenads. Dionysus was the ancient Greek god of wine, winemaking, grape cultivation, fertility, ritual madness, theatre, and religious ecstasy. His Roman name was Bacchus. He may have been worshipped as early as 1500-11000 BCE by Mycenean Greeks.

In Greek mythology, maenads were the female followers of Dionysus and the most significant members of the Thiasus, the god's retinue. Their name literally translates as "raving ones".

Satyrs are one of a class of lustful, drunken woodland gods. In Greek art, they were represented as a man with a horse's ears and tail, but in Roman representations as a man with a goat's ears, tail, legs, and horns. 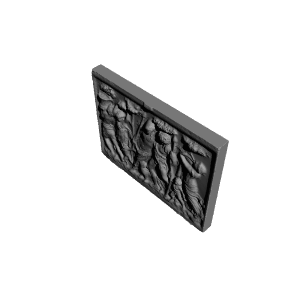