3D
360°
Scan The World
1,101 views 90 downloads
1 collection
Community Prints Add your picture
Be the first to share a picture of this printed object
0 comments

This Roman copy of a figure defeated in battle probably belongs with the similar-sized Dying Gaul. It is thought that this head is copied from an original group of figures put up by King Attalos I in Pergamon or Delphi. The originals are dated at around 200 BCE, the height of Attalos’s power. It can be identified as a Persian — traditonal enemies of the Athenians — by the moustache, Asiatic eyes and cap. 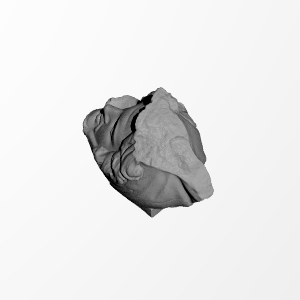