3D
Scan The World
4,303 views 37 downloads
1 collection
Community Prints Add your picture
Be the first to share a picture of this printed object
0 comments

Ecaterina Szabo (Hungarian: Szabó Katalin, Hungarian pronunciation: [ˈsɒboː ˈkɒtɒlin]; born 22 January 1967) is a Romanian former artistic gymnast of Hungarian descent who won 20 Olympic, world and continental medals. Although perhaps most notable for winning the all-around silver in the 1984 Olympics after an epic clash with Mary Lou Retton of the US, Szabo won gold medals in three of the individual events (vault, balance beam (tie), and floor exercise) and contributed to the team gold. With her four gold medals and a silver medal, Szabo was the most successful athlete at the 1984 Summer Olympics. Afterwards, she led her team to the world title at the 1987 World Artistic Gymnastics Championships, defeating the USSR in the team competition for only the third time in the history of the competition. In 2000 Szabo was inducted into the International Gymnastics Hall of Fame.[1] 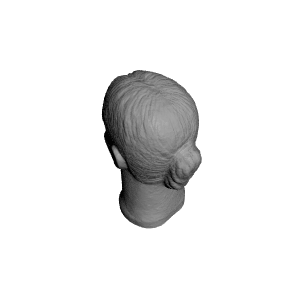 ×
1 collections where you can find Ecaterina Szabo bust in Deva, Romania by Scan The World