3D
360°
Scan The World
1,722 views 204 downloads
Community Prints Add your picture
Be the first to share a picture of this printed object
0 comments

Edward William Lane was an eminent Arabic scholar who is best known for his translation of the Arabian Nights (1832-41). Fascinated by Egyptian life and customs, he went to live and study in Cairo twice between 1825 and 1835. This sculpture, made by his brother after he first returned to England, shows Lane wearing the Turkish dress which was customary among wealthy Egyptians under Ottoman rule.

This piece was created by Richard James Lane, who was a prolific English Victorian engraver and lithographer. 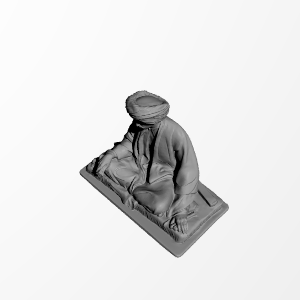