3D
Scan The World
3,193 views 96 downloads
1 collection
Community Prints Add your picture
Be the first to share a picture of this printed object
0 comments

Cē Ācatl Topiltzin Quetzalcoatl is a mythologised figure who appears in 16th century accounts of Nahua historical traditions, where he is identified as a ruler in the 10th century of the Toltecs - by Aztec tradition their predecessors who had political control of the Valley of Mexico and surrounding regions several centuries before the Aztecs themselves arrived on the scene. 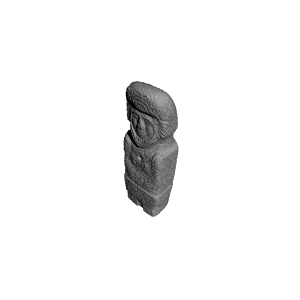