3D
Scan The World
1,997 views 66 downloads
Community Prints Add your picture
Be the first to share a picture of this printed object
0 comments

He was born in Rudăria (today Eftimie Murgu, Caraş-Severin) to Samu Murgu, an officer in the Imperial Army and Cumbria Murgu (née Pungilă). He studied in Old Church Slavonic at the school of his village, continuing in Caransebeş and then he studied Philosophy at theUniversity of Szeged, graduating in 1827. In 1830, he graduated from the University of Pestand in 1834, he obtained a PhD in Universal Law, from the same university. Murgu joined a dispute with Sava Tököly on the Origin of the Romanians, publishing in Buda, in 1830, a work named Widerlegung ("The Rebuttal").

In 1834, he moved to Iaşi, in Moldavia, where he opened the first philosophy course at the Academia Mihăileană. In 1837, he moved to Wallachia after a conflict with Prince Mihail Sturdza. In Bucharest, he was named professor of logic and Roman Law at Colegiul Sfântul Sava. He was a member of the Wallachian revolutionary movement, but the plot was revealed and he was arrested and expelled.

In the Banat, he militated for national and social reforms, suggesting even a union with Wallachia, but he was arrested in March 1845, being freed only 3 years later, on 9 April 1848.

Murgu was elected a deputy to the Hungarian Parliamentand tried to establish a Romanian army in the Banat. He participated to the Revolutions of 1848 in the Habsburg areas, being arrested in September 1849 and in October 1851, he was sentenced to death, but his sentence was reduced to four years in prison and two years later, in 1853, he was freed. 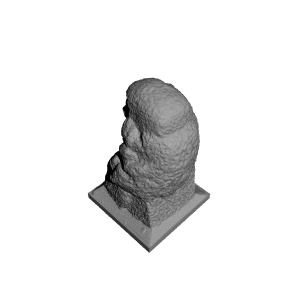