3D
Scan The World
2,143 views 86 downloads
1 collection
Community Prints Add your picture
Be the first to share a picture of this printed object
0 comments

Large-scale sculpture appeared on Cyprus around 650 BC, first in terracotta and slightly later in stone. Cypriot artists adapted contemporary Middle Eastern styles, such as the long beard and pointed helmet, to local techniques and materials. The curls on this example reflect terracotta originals. Most large statues were images of worshippers to be placed in shrines. This head was carved near the Pheonician centre of Byblos (in modern Lebanon), perhaps for a Cypriot living nearby.

I manually placed supports for the beard and the nose. 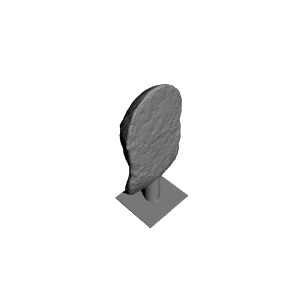