3D
Scan The World
2,045 views 87 downloads
Community Prints Add your picture
Be the first to share a picture of this printed object
0 comments

The Greek writer Herodotus (484-424 BC) tells us that the Cypriot princes at the naval Battle of Salamis, in 480 BC, wore Greek-style dress but stood out because of their oriental turbans. This head depicts a male worshipper, but turbans were probably also worn in daily life by both men and women as a sign of wealth and distinction.

From Dali, the Sanctuary of Apollo-Reshef

Place supports for the beard only, then the standard print settings would be fine. 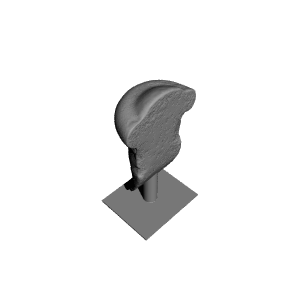